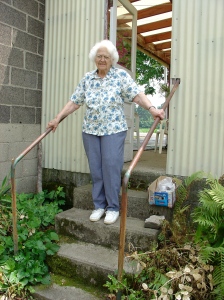 I accidentally hit speed dial the other day. To my grandmother.  She’s been dead now 4-5 five years. Seems impossible.

You’d think I’d clean up my phone. Remove the speed dials that don’t work anymore. But I can’t. I love the little surreptitious reminders of my grandmother or even people with whom I have little contact anymore.

I remember her coaching me: “Well, Francis with an ‘i’ is the boy’s spelling. You spell the girl’s version with an ‘e.’” You’d think I’d remember.

But, at least, I finally did.

It’s the same thing with setting the table. Counting plates and flatware still gives me a nanosecond of confusion. How many are we now? Today? How many might we be tomorrow?

Sometimes I wonder why something so simple still confuses me. 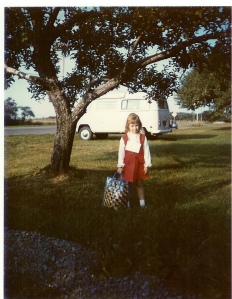 I grew up next door to my grandparents. They lived in a grand old brick farmhouse at a crossroads in the Niagara farming region. During my early elementary years, my great grandparents lived upstairs. My grandmother and mother cared for them. Bathing and clothing and feeding them as they aged and could no longer care for themselves.  My great aunts and uncles, their children and grandchildren often came around. We knew them all.

At one point in childhood I lost a great-uncle on one side, a great-aunt on another, as well as my other grandmother and my great-grandmother all within months.  All normal-everyday-old-age, good deaths, so-to-speak.

But as a child, counting out flatware and plates over those few months was a different kind of calculus—one where the sorrow of adults and the vacuum left in the wake of a loved one’s departing, left me unable to count exactly what their absence meant.

Today, I try to translate that nanosecond of confusion I still sometimes feel counting forks into the blessing of having had these people in my life.

They still feed my soul.

And, I don’t count out that conjuring a conversation with my grandmother is only an accidental speed dial away.

What memorable moments have accidental speed dials given you?

18 thoughts on “Have you had an Accidental Speed Dial Moment? Here’s my favorite.”