TV when I was a kid was a different animal than today. Sure, it had its detractors and proponents, but what it didn’t have was 24-7 programming—anything you can imagine watching and then some—at your fingertips in your pocket. We’ve entered a new age. The age of The Handheld Device.

The ability to interact with the world, with programming has not only changed how we view the world, it’s changed our viewing behavior. 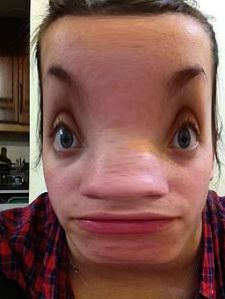 When I was a kid, we had PBS, Mutual of Omaha’s Wild Kingdom, local news, 60 Minutes, Disney, Startrek, Gilligan’s Island, After School Specials, The Electric Company, Sesame Street, The Brady Bunch and National Geographic—and CBS and NBC News: Walter Cronkite and Tom Brokaw. This benign programming made up the core of my early 70’s childhood TV viewing.

But it’s not so much the sanitized, selective viewing I miss, but that limiting viewing to one TV made it a family event. As much as I at times loathed that we watched the news over dinner and waited to talk when it was over, I realize now how much of my understanding of the world and development of a world perspective was formed by those interactions with my family and others—if they just dropped by—and were invited into our conversation.

I’d venture to say the American act of coming together, watching the news or a documentary and talking over the meal is largely gone. In my household and I suspect most households.  Sometimes we do share things we’ve found online, but they’re shorter, they’re from widely different contexts, they may have no discernible cultural or relevant context, and they lack in-depth and the synthesis of a broader experience other than the moment held before us in our palm.

Today, with multiple viewing and interacting devices, families rarely watch and discuss anything together anymore. At least mine. And, when my kids try to show me something, I find I don’t “get” the humor, vocabulary, gestures and language. Okay – I’m sounding like my grandmother. But I think individual devices are the accelerant that has fueled the fires burning gaps between generations and cultures within cultures.

For example, I don’t “get” Thirty Rock. But I get Big Bang Theory, probably because of my early Startrek training. And my husband who grew up on European news documentaries in Germany loathes the fifteen-second news-to-seven-minute ad cycle modeled by CNN whereby part of the story is repeated in the next cycle… “You can watch for an hour to get 10 minutes of real story. And no analysis. Frustrating.”

In keeping with where I want to put my energy, I’m looking for ways to get my family focused back on one program that widens their view and understanding of the world. True, we rarely watched Sesame Street as an entire family… but I’m searching for that family learning experience–uncut beats sanitized if it engenders meaningful conversation.  One program we’ll all stand a chance of enjoying and learning from. If enjoyment’s not possible, I’ll settle for the learning, but I’d like it to happen all together in the precious window of time after dinner and before homework, before we all collapse into bed… with our individual devices docked on our bed stands waiting to wake us in the morning if not distract us from sleep.

How have you handled this issue in your home? What programs are great for spurring family discussions about culture and social change—whether at home or abroad?