I’m turning my decades-old process of writing, upside down. Having had the privilege of working with writing groups for a number of years, I tended to rely on writing something based on our meeting schedule. I’m not so certain this is how books get written.  Anymore.

I love my writing partners. They’re courageous. They tell me what works and what doesn’t in my writing. We’ve grown so together and so much through each other on and off the page.  And, I love where we’ve taken our writing. Now, it’s time to take it further. Every time a writer friend mixes up their approach good things happen. Let’s hear it for change! 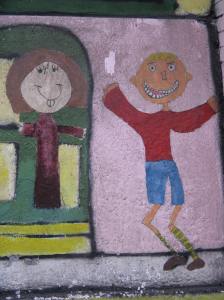 Here’s why. I wasn’t writing consistently, and I wasn’t writing in scene or toward a larger book concept of what a book might be about or within traditional narrative structure. Instead I was writing encapsulated, related stories linked by location and some key themes. But, these stories did not work as well as a whole in a large book unified by an underlying drive or through-line as screenplay writers such as Susan Pohlman refer to it.

And, let’s face it, most writers , even if they don’t articulate it, would enjoy seeing their narration nonfiction or novel form in film. So why not write to that end?

With Stuart Horwitz, Windy Lynn Harris and Susan Pohlman ringing in my ears, let’s review a few key ideas about scene. Because scene is where it’s at. We remember in scene. We think in scene. All the stuff that tells our story happens in scene.

According to scene study with Susan Pohlman, scenes consist of an occasion, an action-reaction and the sum of actions equals an event. Susan says that it’s easiest to write a scene when you decide on your setting and your event first. Then you can construct your actions to lead up to the event.

Here’s an event I’ve long known would be fun to include in my book. When I lived on the Yukon River as a young teacher, a drifter drifted into town on an intricate raft he’d engineered and built from his scrapyard.  Ever the adventurer, I jumped on the raft with him.

So if I consider my previous process, I was writing everything at once: the beginning, setting, dialogue, feelings, insights, backstory, etc. Imagine the backstory and internal music of a girl about to drift down the river with a stranger in the wilderness. With my new method I skip that stuff in the first draft, because it took a long time, because I had to keep backtracking to pick up the emotional undercurrents or to remember what underlying themes needed to be represented in the sub-story as I went along. Nix that.  For now.

The new process that these mentors above indirectly inspired involves just writing down the bones. The skeleton can be fleshed out later. Once the skeleton of a story has been written—you can back thread your themes, inner monologues (aka snarky comments and interiority), character and setting descriptions, exposition passages, etc. in such a way that they better support your through line – or where your story is going. Until then, if you start filling in all those blanks as I did in earlier drafts, you may have to reverse engineer some of them as your real story emerges.

I must say though that if a sub-story or symbol emerges just jumping up and down to be on the page, I trust that it knows why and I do go for it. But in first drafts I no longer labor over them. I just let the keys fly.

After about a week of this, I must say it is liberating. But, note, having written my first book, I already have about 90,000 words of a story that point strongly to my larger story theme… so, I have reason to feel strongly about where this first draft is headed.

I cranked out 60 first-draft pages in two days (on an average writing time of 4 & ¾ hours per day). And from further math I’ll abstain, since the writing process does not lend itself well to mathematical analysis at this level. For example, writing coach Windy Lynn Harris has said she doesn’t feel a daily page count to aspire to is productive because sometimes writing takes research, pre-writing, and pondering—all of which are part of the writing process, yet are not calculable in terms of page count. Rather they are best described as butt chair. Short for butt-in-chair-time, but you get the idea. So, I keep track of both.

But, haha—don’t be fooled, these first draft chapters are so skeletal, but in that sense, I know the landscape, the setting, the players. I play right into the definition of scene: where something happens: in a remote location downriver from Ruby Alaska on a homemade raft. I know where something changes- around the campfire with other marooned drifters when one of them shoots blind into the dark because of an unspoken fear of bears, which is related to central theme of book, which is about Renee’s desire to understand her inner and outer relationships to men and landscapes.

In Susan Pohlman’s scene study, I also look at this scene in terms of this structure:

2.)  Decide Event – Getting Stranded with Stranger/s

3.)  Construct actions and dialogue to serve EVENT of getting Stranded

This should be enough to get you started. I think temporarily stripping away all the other elements and just writing what happened, where it happened and the dialogue liberate the writer to get more down and move faster toward deciding what a book is about when the time comes to remember the emotional import of the scene… and read and write between the lines, fleshing out the story before dressing it up with what ever literary fashion suits you.

As someone who played in the same process style for a long time, it’s time to shed a few layers and look at how I’m creating the clothing of my stories in a new light. Just as an artist learns to sketch from nude models, writers know best how to design and dress up their scenes after first stripping them down.

What changes have you used to shake up and super charge your writing or some other area of your life? How did it effect your productivity and quality of work? 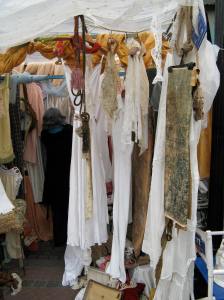 14 thoughts on “Undressing Scene, Down to the Bones”